Witch hazel is a natural remedy made from the bark and leaves of a plant called Hamamelis virginiana. Long used in traditional medicine, witch hazel is usually applied topically in order to treat certain skin conditions. With brands like Thayers creating whole brands around this ingredient the big questions is, does it actually work?

Witch hazel orignates from the United States and has been used for centuries by Native Americans to treat an array of skin ailments related to irritation and inflammation.

Proponents claim that witch hazel can heal a wide range of skin troubles, such as acne, bruises, burns, hemorrhoids, inflammation, insect bites, itching, pain, and varicose veins. And some people use the toner to cleanse and tighten the skin and as an antioxidant.

The real issue with witch hazel is that there isn’t that much research on how it works and the research that has been done is mixed.

This lack of information will always lead to articles and products being pushed without complete consideration for what it helps in your skin.

So, what do we know?

Like many plant-derived substances, witch hazel is a source of several antioxidants, many of which benefit skin; however, one main antioxidant is a group of chemicals known as tannins. Applied to skin, tannins have a constricting and drying effect. They compress proteins in skin, creating an invisible “film” that can, to a minor degree, temporarily de-grease skin and minimize the look of enlarged pores.

The tannins in witch hazel are sensitizing, which literally means your skin becomes more sensitive to stressors. Depending on the part of the witch hazel plant used to make it, witch hazel naturally contains between 8% and 12% tannins. In addition to the tannins, almost all types of witch hazel are distilled using denatured alcohol (ethanol), with the extract containing about 14% to 15% alcohol. Although the distillation process destroys some of the tannins (which ironically is a good thing, given that the tannins are irritants), applying alcohol to your skin can be deemed a bad thing because some research has shown it impairs the skin’s surface in very high concentrations. Although, generally alcohol is considered safe in skincare if you have sensitive skin this combination of witch hazel and alcohol can induce irritation.

Another interesting characteristic of toning with witch hazel is that because it is an astringent that removes dirt, debris and oil from the skin, it will actually make the skin more oily. The oil that you’re removing sends a signal to your skin to once again give the skin more oil. Always remember, oily skin is dehydrated. You don’t need to remove the oil, you need to add water.

Over the years it has been thought of as a popular ingredient in treating acne and blemish prone skin because of its astringent properties. However this doesn’t necessarily mean that it is good at treating acne, it does mean that it constricts and dries the skin, which may give the illusion that it’s making the skin cleaner.

When you want to treat acne the best way forward is to look for ways to exfoliate and hydrate the skin properly whilst also calming inflammation. Witch hazel doesn’t do this very well because as stated above, while it’s removing oil from the skin it’s making the skin more oily. In fact, this study suggests that it has hardly any anti-inflammatory properties.

However, in saying that you may not want to get rid of witch hazel completely from your routine as many studies have concluded it’s a pretty good antioxidant. Which is of course great if you are looking for anti-aging skincare.

There isn’t a tonne of information available about the key benefits of using Witch Hazel as apart of a skincare regiment but a general consensus will tell us that the presence of tannins in the witch hazel will result in dry and irritated skin.

So, if your skin is prone to irritation anyway your best bet is to stick with a hydrating toner instead of something that will cause more irritation. However, if you feel no irritation when using it and have pretty resilient skin then give it a go. Its antioxidant properties may be worth adding it to your routine. 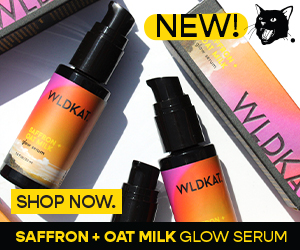