Parabens have been the focus of a lot of bad press because of a 2004 study that linked them to breast cancer. Brands and consumers alike have sworn off of them because of this reason, but how accurate was this information and should we all be banning them from our skincare?

Firstly, what is a paraben and why do we use them?

Parabens, also called butylparaben, methylparaben and propylparaben, are present in skincare to keep products safer to use for a longer time – they are essentially a preservative and they were a staple on the skincare scene since they 1950s.

When the 2004 study appeared, it caused a huge wave of despair in the world of beauty and brands have been re-formulating their products to exclude Parabens ever since.

Why does everyone think Parabens are bad?

The 2004 British study found traces of five parabens in the breast tissue of 19 out of 20 women studied. This caused concern that parabens may have a link to causing breast cancer.

However, P. Darbre, the main researcher of the study, made it clear that they did not find evidence that parabens caused any cancer.

The study proved that parabens were able to penetrate the skin and remain within tissue, which for some people is enough to stay away from the chemical.

There have been extensive studies since to prove that parabens can indeed be metabolized and excreted by the body harmlessly especially in the amounts that they are found in skincare.

What about the hormones?

The second worry that is attached to hormones is that they interfere with female hormone function by mimicking oestrogen.

This is another reason why parabens are linked to breast cancer, as too much oestrogen can trigger an increase in breast cell division and growth of tumours.

However, this activity is thousands to millions of times weaker than the activity of natural hormones so the chances that they can actually do anything to us is still yet to be proven.

What do the standard agencies say?

They began studying the effects of parabens in response to the outcry of their potential estrogenic effect and link to breast cancer. The FDA found that parabens are safe for use in cosmetics, and it also says that, based on the weight of all the current scientific evidence, there is no reason for consumers to be concerned about the use of products containing parabens.

I reached out for comment but received no response. After looking at their site I found the following statement;

‘As with most science, new studies and evidence emerges continuously, meaning these things change but as of right now they are safe to use.’

EU law allows the use of parabens in cosmetics, and one or several of them can be present in a given product.

When an ingredient is this jarring but also legal the use of it is only down to personal preference.

With all the information laid out in-front of you it is up to you whether you feel conformable using them or not – just remember to read the INCI list before you buy a product. 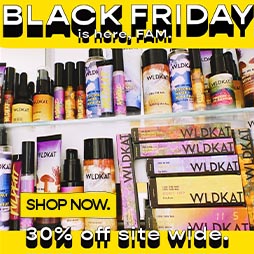